Limiting livelihoods and the potential of the UK

Despite being prevented from entering into state-sanctioned employment contracts, undocumented migrants in the UK undertake numerous activities that sustain the wider economy.

Immigration rules in the UK drive undocumented individuals into insecure, low paid work in what is known as the ‘informal economy’ – i.e. work not supervised or regulated by the state. The rules create a greater supply of workers unable to defend their fundamental employment rights and may induce subsequent changes in corporate employment practices, as seen in the gig economy.

Some corporations in the UK have increasingly been able to avoid regulatory frameworks by using large pools of undocumented migrant workers who do not have adequate rights and protections. Occurring through a hierarchy of highly-competitive outsourcing to subcontractors on multiple layers, these large firms are able to drive prices down while bearing no responsibility for the working conditions of those whose skills and energy, applied through work, underpins their profits.

In the UK, there is a significant population of domestic workers who either possess temporary visas or have been made undocumented due to the continued existence of restrictive immigration policies and the lack of accessible ways to remain with or obtain regularised status once someone’s immigration status is irregularised whilst living here. The COVID-19 pandemic brought the lives of these individuals (mostly women) into sharper focus, their health and wellbeing were reported to have suffered whilst carrying out low-paid labour for wealthy families. Domestic workers contribute to economic growth in various ways, including enabling their employers to have more time to focus on revenue-generating work and by nurturing future generations—who are likely to grow up and enter the workforce themselves—via the maintenance of relationships of care.

Despite forming a foundation for all other recorded economic activity, it is important to acknowledge that much economic and social activity is not included in national growth figures. A variety of unpaid work in homes and communities contributes to the overall well-being of society.

The abilities of undocumented people to acquire new skills and develop innovative ideas, products and services are limited by the barriers to opportunity imposed by the state. Furthermore, these barriers prevent many undocumented people from pursuing careers in, for example, health and social care, education, science, technology and so much more, going against the Government’s own plans to untether the potential of the UK and level the playing field (‘Level Up’) for both workers and businesses across the UK.

Reforming the UK immigration rules to no longer infringe on people’s ‘right to work’—a right that is enshrined in the Universal Declaration of Human Rights (Article 23) and recognised in international human rights law, alongside the ‘right to a standard of living adequate for the health and well-being of [them]selves and of [their] family, including food, clothing, housing’ (Article 25)—would bring hundreds of thousands of people into ‘official’ work and housing arrangements, to realise their potential and improve the livelihoods of themselves and others.

Recent research in the US suggests that granting undocumented migrants citizenship has the potential to add $1.7 trillion to the size of the economy over a decade while creating nearly half a million jobs for all US workers as well as increased tax revenues. Assuming that 1 in every 60 people in the UK is undocumented, the same proportional effect for similar reforms and supportive policies in the UK would grow the economy by an estimated £125 billion over a decade – the equivalent to the entire education budget for 2021/22 – and have a positive effect on job creation and tax revenues. Comparably, a 2020 study on the regularisation of 600,000 undocumented residents in Spain in 2004 shows an increase in state tax revenue of between €4,000 and €5,000 per regularised migrant due to subsequent gains in labour market opportunities. 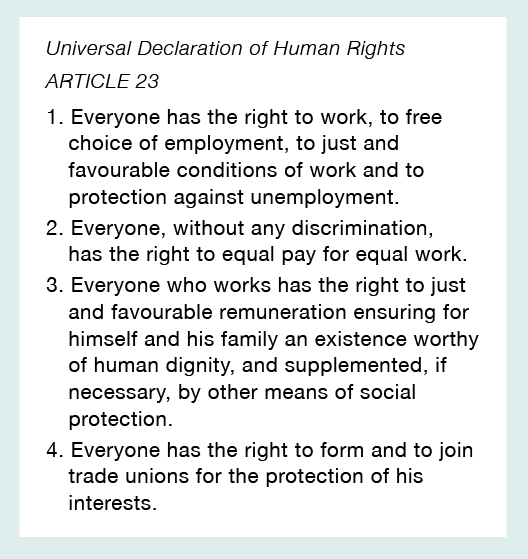 A recovery involving everyone

As the UK economy attempts to recover from the COVID-19 pandemic, labour shortages threaten to impede the recovery and slow growth across a number of sectors and industries, including—but not limited to—hospitality, transportation/logistics, manufacturing/production, food processing, agriculture, administration/support, and retail. Adjustments to post-Brexit immigration rules mean that labour shortages have emerged in parallel to the loosening of restrictions associated with the pandemic. Such an unprecedented situation has led to undocumented migrants with heavy goods vehicle (HGV) licenses being sent official letters from the Department for Transport calling on them to help fill vacancies, even though they are currently denied the right to work in the UK. This situation demonstrates how the UK Government’s current immigration rules pose a problem for the ability of the economy to adapt to change. There is an opportunity right now to build a society more resilient to crises and to change the face of the economy for the better in the long-term, yet, prohibitive immigration rules presently stand in the way. Including and involving all people in the UK is the only way to true and sustainable economic and social recovery.

The structural changes required to tackle climate change require a transition from a carbon-intensive economy towards one where there is more investment in inclusive public, social and human infrastructure providing a net environmental benefit focused on improving everyone’s quality of life, alongside creating jobs which relate more directly to green industries. A restructuring of the economy in this way could see 1.6 million new jobs created. Instead of being forced by the state into working in low-paid and insecure ‘informal’ employment, the UK could involve undocumented migrants in playing a vital role in the restructuring of the economy towards a green future. There are enduring recruitment crises in essential public, social and human infrastructure sectors such as education and health and social care. Difficulties filling these roles have been recognised by the UK Government, yet despite record job vacancies in the second half of 2021 it is not yet clear how the necessary long-term change will be achieved.

Download and read the full briefing from the link below.

One thought on “Building Back Better with Undocumented People”

Our Regularise blog provides insight and discussion about the issues that affect undocumented migrants in the UK. Along with sharing stories and experiences, this is a place to congregate, share, learn and form communities in solidarity.